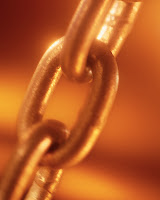 Well, for now I call it African Music ... it is just: we don't know enough about this huge continent here in Europe and I suppose also in the rest of the world and so it is hard for us to feel the differences ... why don't they tell us more about the rest of the world???

It's been some weeks now that I met Outi who is Finnish and married with Ismaila Sané who is from Senegal. What I still find so strange is that I chose some people to contact by chance and ... well ... she's another one wanting to change the world :-)

We believe in local languages, in local culture and that they need to be maintained. We want our kids to learn the languages of the various families, simply because it is the only way to really connect them with their original cultures and give them their very own identity.

How many of us are out there? I mean: are you, who are reading another one like us? If so: just join us :-)

For now I would like to have you listen to the song Outi sent me today - I like it. 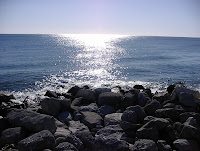 Hi Apertium is a MT (machine translation) tool which is particularly strong in translating similar languages. It is also used for pre-translation of Wikipedia articles for certain language pairs (Spanish-Catalan, Spanish-Occitan etc.) and shall be included in the Ubuntu distribution. Therefore it would be nice to have the three needed sentences localized in as many languages as possible.

From there you can create the .po file for your language. Once you translated the file please send it to: apertium-stuff@lists.sourceforge.net maybe sending also a copy to me s.cretella (at) voxhumanitatis.org (just to make sure the file goes through - you never know).

Of course, I understand if you don't know how to work with .po files.
In that case please indicate the language code (and language) you are translating in in the subject of your e-mail and send the lines below translated to the apertium-stuff list above and a copy to me. Please note that only the lines starting with msgstr need translation, the rest remains untouched.

If you work with particular languages that could create utf-8 coding problems in e-mails, pleas just copy and paste the text into a file and send us the file with the translated lines.


An example of the screenshot can be seen here.

(Not even close to) Everything You Ever Wanted to Know about ... Sicilian ... Neapolitan

Thanks to Pat for having me sent the link - I am adding a first part and the link to the original article here, so that whoever reads this blog can find them.
*****
(Not even close to) Everything You Ever Wanted to Know about the , the ritmo cassinese, and the beginnings of vernacular literature in , including Neapolitan.


Between the fall of the Western Roman Empire and about the year 1000, there existed in Europe a kind of “universal Catholic culture” (a phrase used by a number of sources); it was sustained by the official and scholarly use of Latin, even in the face of vernacular (meaning “of the people”) languages which were developing throughout the territories of the former Empire. These vernacular tongues would one day be known as Spanish, French, Portuguese, Italian, etc.—i.e., the large family of modern “Romance” languages. It is not surprising that residual Latin should have remained strongest in , at the center of the empire, even as that empire disintegrated. Even the Lombards, the “barbarian” invaders who had invaded many centuries earlier (569 b.c.) quickly absorbed both the religion (Christianity) and the language (Latin) of the territory they had subjugated. Thus, in Italy, the appearance of literature recognizable as early Italian comes about a century later than similar literature in early French or early Spanish (here, using for comparison the years 1150-1200, when both La Chanson de Roland for French and El Cantar de Mio Cid for Spanish appeared).

I just learnt from the afrophonewikis list that three African languages finished the first localisation milestone, that is: Swahili, Sesotho sa Leboa and Amharic. That is really wonderful. Thanks Gerard for letting us know.

Well at this stage I also would like to thank those who actually did all the localization work and in particular Siebrand who is doing the organizational work, which is mainly done in the background and is key to whatever is done in terms of translation on Betawiki. Knowing how time consuming the organizational part is a special thanks to him.

Of course: whoever feels to be able to contribute, please do so and should you know people who could eventually help: tell them. The more the message gets out the better it is for all of your communities. Something that people often forget: the communities' work is their very own success - so please: write your very own success story by contributing to your community's projects.
- February 03, 2008 1 comment:

OmegaWiki and licenses ... a thought

There are many dictionaries around and there is no real central place for them because they are under different licenses and some are proprietary.

There is an approach to so called authoritative databases which get connected to OmegaWiki, but in some way that is problematic since you don't see the whole stuff "together" - you need to go from the community "place" to the other one and vice versa to see if there are contents.

Like always when I do things in the house I have ideas and often can see things like a picture in my mind.

Bèrto is changing the architecture of the Database and we will have a new version, that is OmegaWiki 2.0.

The database design I saw is really easy to understand and so it is also easy to "imagine" new stuff.

Now the data within the community database is licensed under CC-BY and GFDL license - Francis (Apertium) just told me in the chat that there is a really good Friulan dictionary under GPL license. So why not include this into OW? I already hear you know: but that is GPL and with that not compatible ....

Well if I look at an expression page right now we have the lemma + the definition and sometimes various different definitions that are defined meanings. IMHO it would make sense to be able to see the contents that refer to that very same lemma from other dictionaries. The only thing needed is "tagging the entries as being part of this or that license" and therefore they are shown under a different header. You would have some thing:

As long as we don't allow for the export of mixed licensed lists I don't see a problem, because the contents show up one after the other, like book titles. I am wondering if this fits in the actual database without the need to have separate ones where you then need to connect to ... 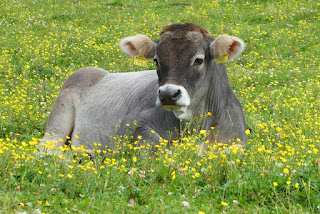