Gerard is coming to Naples ... and I was sure he would arrive on Monday, don't ask me why, but for me the 15th was Monday. Now I received an e-mail at 16:30 approx that he was taking the bus since he had arrived at the airport ... uhmmmmmmmmm ... where was my brain? Then I looked at our conversation and he actually said cu today at 14:00 and for some reason I did not realize that today. Now he's coming with the bus - but which way ... so I don't know if leaving the house and go to the city centre or remain here. But one thing will remain in history: the "Gerard effect". When my kids heard that he already arrived and not tomorrow they immediately started to clean and put away all their stuff ... and I in the meanwhile decided that it made sense to get most of the housework done so that I will have more time ... now ... well what to do ... probably I will wait some more time until the next bus stops here on the street and then I will go to the centre of Maiori ... probably it is the wisest thing to do. Well I am really sorry that things went this way ... now the only thing is make the best out of it.
- June 15, 2008 No comments: 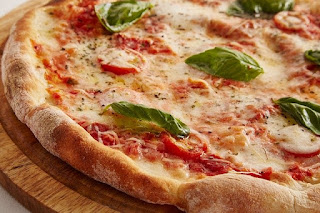